Putting a Face to the Name is an occasional series discussing how I visualise the characters from some of my favourite reads.

Following the fab news yesterday that the next book from Angela Marsons is coming in May, plus with Robert Bryndza’s new book due in April and the long-awaited next M.J. Arlidge book in the Autumn, I thought I’d focus on some of the hard-as-nails leading ladies of recent crime fiction.

“At thirty-four, she wasn’t ready to be called Marm…The torn jeans stained with oil, grease and dust had been replaced by black canvas trousers and a plain white T-shirt. Her feet were now encased in black patent boots with a quarter-inch heel. Her short black hair required little maintenance. A quick comb from her fingers and she was ready to go”

Perhaps is the short dark hair, perhaps it’s the snarky sense of humour or perhaps it’s the impression that neither of them would stand for any shit, but whatever it is, I totally imagine Kim Stone to look like UK comedian Zoe Lyons. 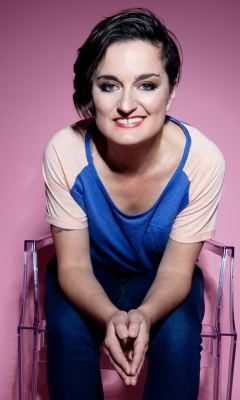 Although, having said that, someone (apologies, I can’t remember who) in the Bookouture Facebook chat with Angela Marsons yesterday said that they imagine Kim Stone as actress Vicky McClure and I also think that is a really good shout: 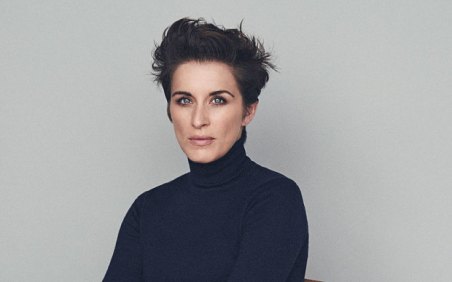 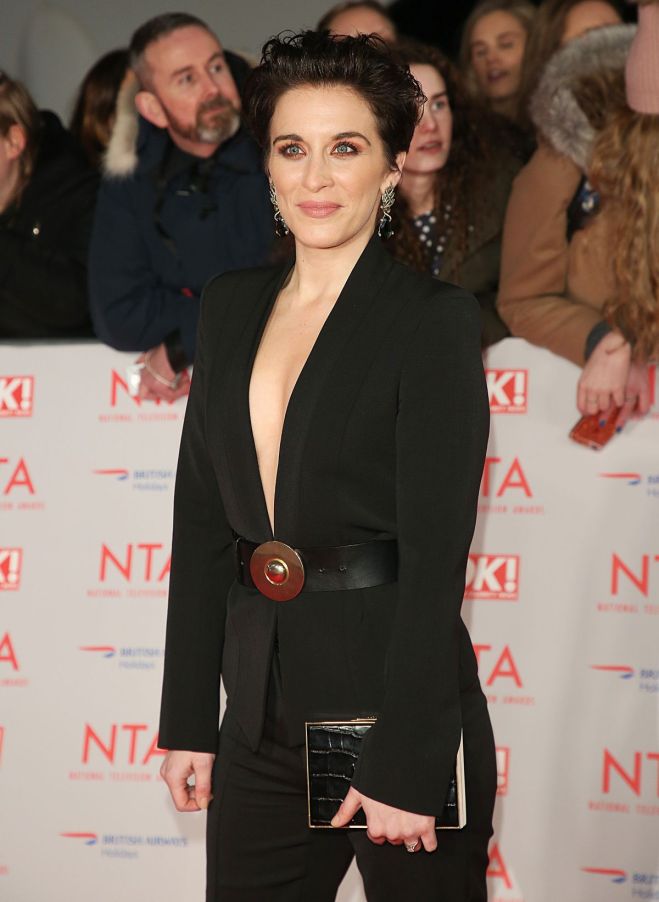 “‘Morning, Guv,’ Detective Constable Wood called as she slid into her chair. Although her family background was half English and half Nigerian, Stacey had never set foot outside the United Kingdom. Her tight black hair was cut short and close to her head following the removal of her last weave. The smooth caramel skin suited the haircut well”

For me, the perfect Stacey Wood is a young Sophie Okonedo, the extremely talented UK actress, known for Clocking Off, Hotel Rwanda, Mrs Mandela and Doctor Who. 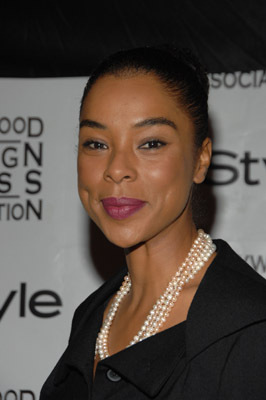 “she was closing in on forty and didn’t mind…she was tall, muscular and seriously toned…Helen never felt concerned for her safety. She was known here and people tended to steer clear, which suited her fine…Entering the building clad in her bike leathers, she was six foot of driving ambition and energy. Never late, never hungover, never sick. She lived and breathed her job with a fierceness they could only dream of”

A discussion about Helen Grace in #TBConFB a year or two ago sowed the seed for this series and – following that discussion – I still cannot believe that M.J. Arlidge never says that Helen is blonde; I was absolutely convinced that he had, but apparently he never mentions the colour of her hair!

In addition to my blatant assumptions about hair colour, due to her height, fitness, age and general hard-as-nails-ness, as well as her sympathetic nature towards victims, I pitch her somewhere between the approachable girl-next-door look of model and marathon runner, Nell McAndrew (the images on the left), and the cooler, more reserved image of Oscar-winning actress, Charlize Theron (to the right). 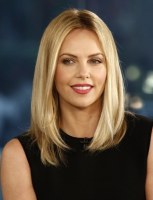 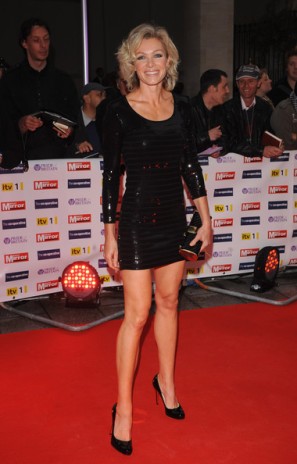 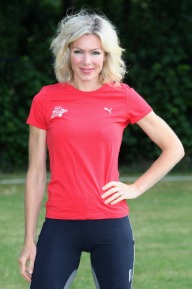 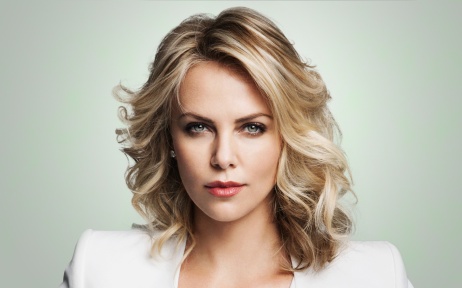 “The irrepressibly perky Charlene ‘Charlie’ Brooks was a good officer, diligent and spirited, who resolutely refused to dress like a cop. Today’s offering was skin-tight leather trousers. It was beyond Helen’s remit to take her to task over her dress sense, but she was tempted to nevertheless”

As I said in post #1 of this series, a name can be enough to trigger an image so, unsurprisingly, I imagine Charlie Brooks to be somewhere between EastEnders actress and 2012’s Queen of the Celebrity Jungle, actual Charlene ‘Charlie’ Brooks, and player of chirpy and kindly Dawn in The Office, Lucy Davis. 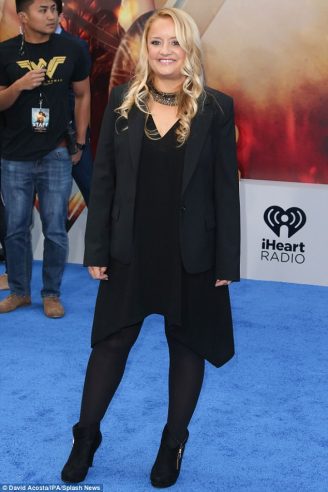 “Freddie gurned at her reflection in the seventies mirror above the faux thirties fireplace opposite. Her brown hair, cut by a mate with kitchen scissors, sprang away from her shoulders like she’d been shocked. Flashes of red hair chalk zigzagged toward her DIY fringe. Her legs, stubbornly plump despite working on her feet and taking more than the recommended 10,000 steps a day, poked out from beneath her nightshirt (a T-shirt that had belonged to a long-forgotten one-night stand). Unless she squished herself in with her hands or a belt, she never looked like she had a waist. Her torso, like her mum’s, was square, with the addition of breasts that practically needed scaffolding to restrain them. She wiggled her black plastic rectangular-framed glasses…Nasreen startled, turned toward her, taking in the yellow apron and the red hair. ‘F… Freddie?’”

Partly Freddie‘s physical description and partly her chaotic lifestyle and the way she cons and inveigles her way into the police investigation made me think of curvy, red-headed hot mess, Bunny from the hilarious Drifters as played by the brilliant and beautiful Lydia Rose Bewley. 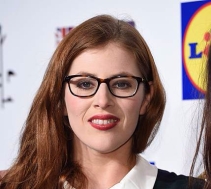 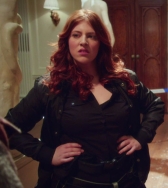 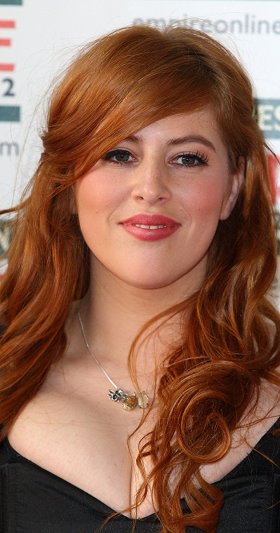 “Nasreen looked the same. No, different. There was no puppy fat, and she was tall too, like her dad. Five foot eight, at least. She’d cut that ridiculous waist-length black hair. It now hung in a sleek curtain to her shoulders. Perfect against her milky coffee skin. With both pride and pain, Freddie acknowledged Nasreen Cudmore had grown into a beautiful woman”

Knowing that she was a police officer, as soon as I read the description of Nasreen, I immediately, thought of Archie Panjabi, who I had at that time recently seen in crime dramas The Fall and Shetland. 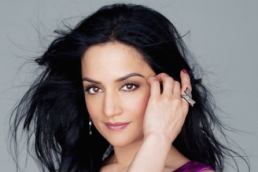 “His eyes moved down Erika’s body, taking in her thin frame, clad in faded blue jeans, woollen jumper, and a purple bomber jacket…Erika found the women’s locker room and worked fast, changing into a forgotten but familiar ensemble of black trousers, white blouse, dark sweater and long leather jacket…Erika went to a mirror above a row of sinks, flipped open the leather case and held it out in front of her. The ID photo showed a confident woman, blonde hair swept back, staring into the camera defiantly. The woman looking back at her, holding the ID, was scrawny and pallid. Her short blonde hair stuck up in tufts, and grey was showing at the roots. Erika watched her shaking arm for a moment, then flipped the ID closed. She would put in a request for a new photo”

Over the course of the series, in addition to her physical descriptions, Erika’s personality led me to think of blonde US actress Ali Larter, who I know best from her no-nonsense, ass-kicking roles in Final Destination, Final Destination 2 and House on Haunted Hill. 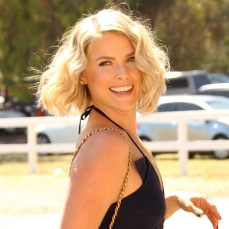 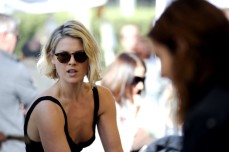 “A short, plump woman approached her, ‘I’m Detective Moss. We’re just trying to sort you an office.’ The woman had wiry red hair, and her face was so splattered with freckles that they grouped together in blotches”

As you don’t know that Moss’s first name is Kate until quite a way into the book, I didn’t fall into my frequent trap of linking the character name to the more famous face in that way. However, I did link the name Moss with the role of detective and – as you get to know her personality – came up with a more ginger version of Mossie Smith, who I know best from playing the lively WPC Maureen Havers in the amazing Prime Suspect. 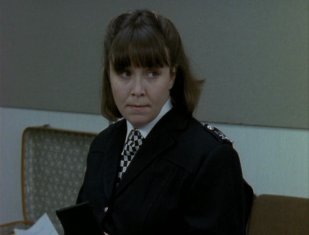 ICYMI, I discussed how I imagined the female leads from the brilliant Hangman in the second post in this series.

Thank you for reading Putting a Face to the Name. Please feel free to share your own impressions and opinions below!