Hello! Today I’m pleased to welcome you to JuliaPalooza for my stop on the Blog Tour for Death of an Angel by Derek Farrell, which is available now (links below).

Very generously, Derek Farrell is running a giveaway this week: one lucky winner will receive a signed copy of Death of an Angel and 10 runners up will receive a set of Danny Bird pin badges featuring the covers of all four books, which are absolutely beautiful:

To be in with a chance of winning all you have to do is visit derekfarrell.co.uk and subscribe! (Winners will be chosen on 1st July.) 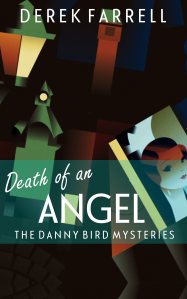 A woman is found dead in a London street – the evidence suggests she plummeted to her death from a nearby tower block – but did she fall or was she pushed? And why does she have Danny Bird’s name written on the back of her hand?

So begins this 4th magnificent outing for Danny and the gang from The Marq.

In the frame for a murder he didn’t commit, London’s self-proclaimed Sherlock Homo has no choice but to don his metaphorical deerstalker one more time to prove his innocence and uncover the truth about the tragic death of Cathy Byrne.

With the indomitably louche Lady Caz by his side, Danny plunges headlong into a complex investigation while at the same time trying to be a dutiful son to his increasingly secretive parents, and still find the time to juggle his frustratingly moribund love-life.

Death of an Angel is the latest fun entry in Derek Farrell’s Danny Bird Mysteries series of witty whodunits. If you like UK-based mysteries, with colourful characters and a sassy amateur sleuth, then this is the series for you!

This instalment finds Danny with three mysteries to solve: one that falls right out of the sky, as it were, one a favour for a friend and one a little more close to home.

Death of an Angel finds a lot of the usual suspects all present and correct, with Danny’s narration suitably droll, Caz joyfully haughty and DI Frank Reid as unpleasant as ever.

What follows is a jaunt through some of South London’s less salubrious areas, with a ragtag band of supporting – and sometimes terrifying – characters and a cornucopia of arch jibes, on the way to Danny saving the day in his own inimitable style.

But will Danny solve the mysteries? Will he finally get a grip on his love life? Will The Marq’s sausage rolls give anyone food poisoning? And will DI Reid’s sunburn turn septic? Grab yourself a copy now and find out!

Thank you to Fahrenheit Press for my copy of Death of an Angel and to Emma Welton of damppebbles blog tours!

If you enjoyed my review, please consider liking and/or sharing and, of course, buying the book: Goodreads | Amazon UK | Amazon US | Fahrenheit Press

(If you purchase a Fahrenheit paperback , you also get the eBook download for free!) 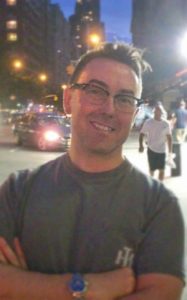 He was educated in Dublin, and, whilst waiting to become a writer of fabulous crime novels has passed his time being a burger dresser, bank cashier, David Bowie’s paperboy and an Investment Banker in New York’s World Trade Centre (a bit like The Wolf of Wall Street, only with fewer hookers and more midgets, since you ask).

He is married and divides his time between London, West Sussex and Dublin.

Derek loves to hear from his readers, and can be contacted via Twitter or at his sparkly new website Derekfarrell.co.uk His books can be purchased as paperbacks or ebooks direct from the publisher Fahrenheit Press

Please check out the rest of the amazing bloggers on the tour for Death of an Angel: 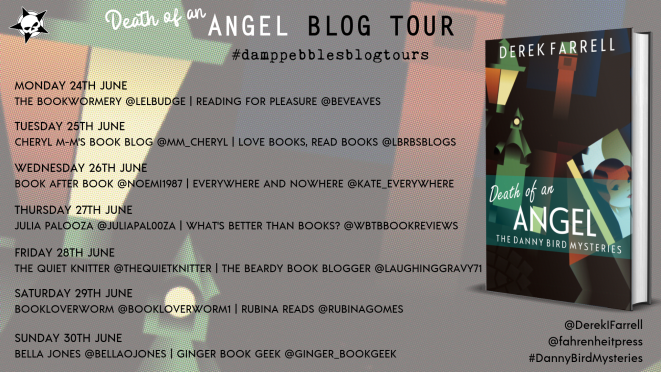 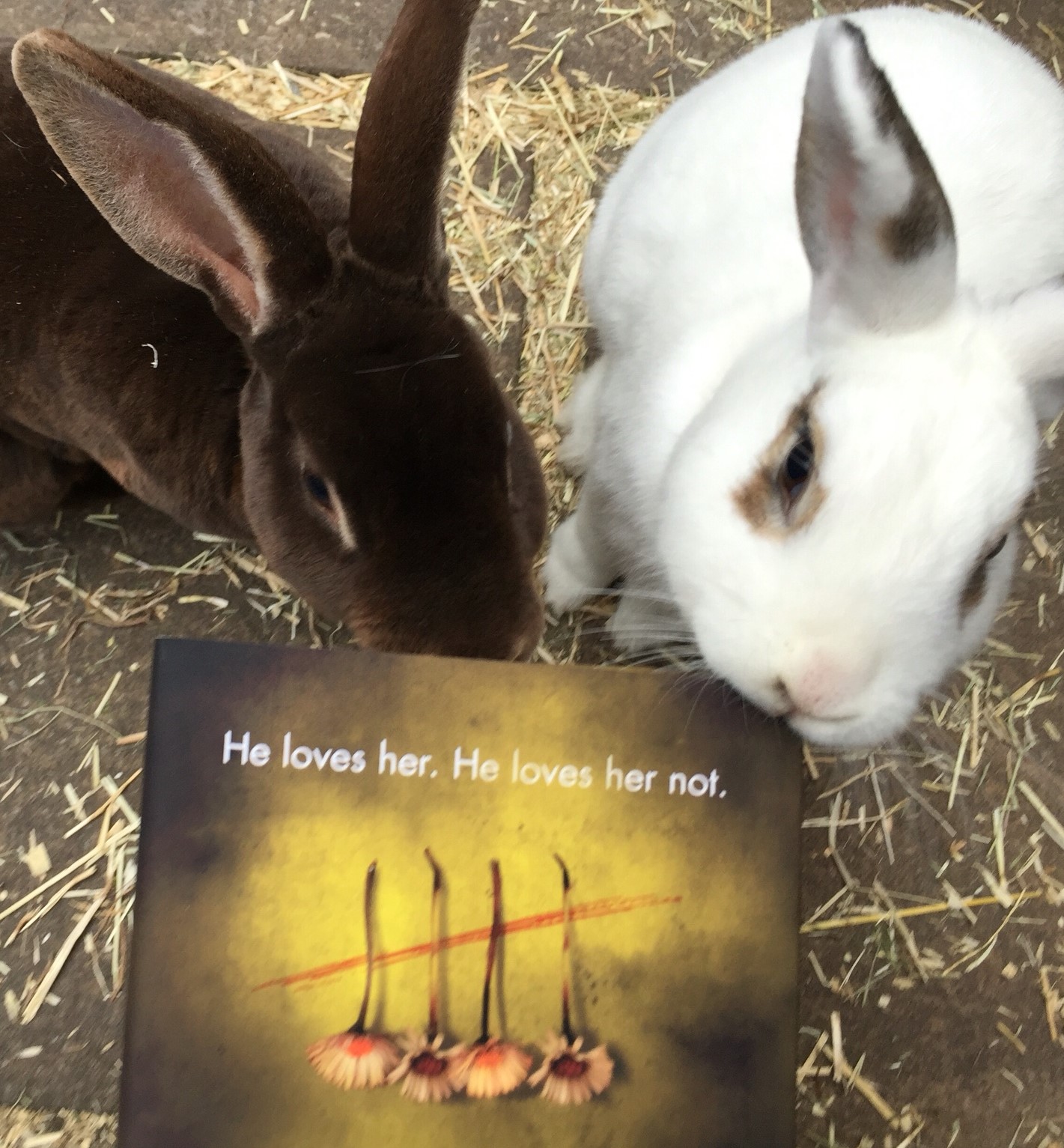